A concrete moisture test is very important because capillary action is often underestimated and can be very serious. Moisture can come from a water table as much as 20 feet below the ground surface. It may occur simultaneously with vapor emissions, but is not usually the primary cause of moisture related problems in on-grade flooring installations. Capillary breaks are effective in preventing this. Capillary breaks are constructed beneath a slab as follows:
· 4-8″ of washed and graded gravel such as 1″ washed gravel – not crushed rock.
· 1-2″ of sand as a leveling bed over the gravel to prevent moisture barrier puncture.
· Gravel bed must have a positive gravity outflow or mechanical methods must be provided (drain tile, well pits, sump pump).
Capillary breaks do NOT prevent moisture migration in the form of water vapor.

Moving water that is forced up through the slab by the weight of water in the soil surrounding the foundation. Occurs when the water table is higher than the concrete slab. The column or depth of the water results in pressure and it is the weight of the water, relative to the height, that determines the pressure. Increased by rainfall, sprinkler use, broken pipes, runoff from grading, etc. The only control for hydrostatic pressure is draining the water to a collection point, then draining or pumping away.

The action of at least two solid surfaces that act upon water to force it, under pressure, in a particular direction. (artesian wells, swelling soils, broken plumbing); very rarely the cause of moisture in slabs.  Hydrostatic pressure only occurs below-grade.

Water traveling from a higher to a lower level due to gravity. May be due to rain, flooding, sprinkler systems, runoff, poor landscaping, etc. In suspended floors, usually due to broken pipes or drains, or even roof leaks.

These act according to the physical laws of gasses or chemical equilibrium. Water travels from one area to another whenever a difference of vapor pressure exists. In a controlled climate (HVAC), the temperature in the room is 70 to 80° F and the relative humidity is 30% to 50%. Therefore, the air above the slab can and wants to hold more moisture, and satisfies itself by pulling moisture from the slab 24 hours a day, 7 days a week, 365 days a year until equilibrium exists which rarely if ever happens. The amount of water air absorbs is affected by temperature – the cooler the air, the less water absorbed while the warmer the air the more water absorbed. Water vapor is capable of penetrating where water in a liquid form cannot. By comparing the vapor pressure in differing environments, one can estimate the movement of vapor pressure through concrete. However, in reality, vapor emissions levels are complex due to variations in temperature, humidity, permeability, and flow path through the concrete.

Moisture present in building materials always carries soluble and insoluble salts. The most common are sodium chloride, calcium sulfate, calcium carbonate, and magnesium sulfate. These salts come from the materials themselves, from air, rainwater, salt-charged ground water, and from sodium and calcium chloride. When water in a saline (salt) solution evaporates, salt crystals are formed – a process known as efflorescence. As the salts crystallize, they expand, which does not normally cause a problem when the efflorescence is on the surface. When this occurs beneath a surface, it is known as subflorescence or subefflorescence, and the expansive forces can overcome the internal strength of the material and cause spalling. Water converts to a water vapor and moves toward areas of evaporation and higher salt concentration. Freshly salt-charged ground water will continuously move by capillary action toward surfaces and deposit fresh salt crystals through evaporation. Additional characteristics of some of these salts, notably sodium chloride, is that they are hygroscopic in nature, high humidity, they absorb moisture which they lose during periods of low humidity.

Concrete floor moisture-related failures continue to cost property owners a great of money and lost time. It pays for these parties to take charge of the process, requiring testing by independent agencies and creating detailed specifications that direct the entire construction team as to what is expected of them so potential flooring problems can be identified and solved in advance.

A concrete moisture test for excess moisture has become a common construction requirement, particularly where flooring or impermeable membranes are to be

installed on top of the slab. Problems with floor coverings, such as bubbles, blisters, and delamination, occur when an impermeable floor coatings trap excess moisture remaining in the slab.  EP Floors Corp. can perform a concrete moisture test to determine if the moisture content in a slab is within an acceptable range for seamless epoxy flooring, polyurethane floor coatings, and other impermeable coverings.

Nature of Concrete:  Both fresh concrete and slabs that have cured and hardened have excess water. Immediately after concrete is placed and throughout the curing period, efforts are made to prevent water from evaporating from the slab so that the concrete can properly hydrate. After the initial curing period, however, we want the concrete to dry out, and large amounts of water are given off by a newly placed slab. Concrete with a higher water-to-cementitious material ratio gives off proportionately more moisture simply because there is more free moisture in the slab and the differential vapor pressure between the concrete and the air remains high. But if the concrete is simply air drying, the rate finally decreases, which means the differential vapor pressure is greatly reduced. When the water vapor approaches equilibrium, flooring, coating, or sealing can be applied.
However, even after it has hardened, most concrete remains porous, so its moisture increases or decreases with changing temperature and humidity. Concrete’s permeability, the rate at which it will allow moisture to pass, depends on the size and distribution of the pores in the concrete matrix. Generally speaking, the lower the water-to-cementitious-materials ratio of a concrete mixture, the lower its permeability will be after it has cured. Concrete’s permeability can also be reduced by adding any of a number of products to fill in the voids in the concrete matrix.

Both testing methods provide valuable information, and it’s good idea to perform both, if possible, prior to installation, in addition to the pH test.

MOISTURE CONTENT VS. MOISTURE EMISSION
Calcium chloride test quantifies the moisture vapor emitted from the slab. This test has long been the standard in the U.S. since the 1950’s.    The relative humidity (RH) test measures moisture conditions inside the slab. The relative humidity test is the standard in several other countries. The calcium chloride test generally indicates moisture conditions in the top region of the concrete slab, whereas relative humidity probes tell you what’s going on in the body of the concrete which is more useful in the long term.

CALCIUM CHLORIDE TEST – DYNAMIC TEST
Measures Vapor Emission
The calcium chloride test, sometimes called the moisture vapor emission rate (MVER) test, is simple inexpensive and widely accepted. It takes advantage of the fact that calcium chloride absorbs moisture like a sponge. A small container of salt is weighed before and after it’s exposed to the concrete slab for 60 to 72 hours. The weight difference as a percentage of the original weight of the calcium chloride used gives the moisture vapor emitted by the slab. It is usually expressed in pounds per 1,000ft 2 of concrete per 24 hours. Most manufacturers publish the acceptable amount of moisture that their products will withstand. That amount will vary between 3 and 5 lbs. Order TEST KITS (click here).

LIMITATIONS OF THIS CONCRETE MOISTURE TEST

For accurate results, this test has to be conducted with the building at the same temperature and humidity levels as during use – which can be problem if the HVAC system isn’t operational, as is often the case during construction. Also, the results reflect only the moisture in the top ½ inch to ¾ inch of the slab. Most of the moisture within slabs accumulates in the lower half (The lower half can have twice as much moisture as the upper half).

INTERNAL CONCRETE RELATIVE HUMIDITY (RH) TEST – STATIC TEST
This test involves drilling holes into the concrete and inserting a probe that measures moisture deep within the concrete slab. The results, expressed as a percentage of relative humidity rather than in pounds of moisture vapor, are read on a meter connected to the probe. While the relative humidity testing apparatus isn’t as sensitive to the ambient room temperature and humidity as the calcium chloride test, it’s still important that both the test hole and the probe be allowed to acclimate to the room’s conditions.

Who should do the testing?
The Floor Covering Industry White Paper Position Statement on Moisture Emission Testing recommends independent testing.

Moisture problems can be solved through expensive moisture remediation processes;
However, the best method is prevention! 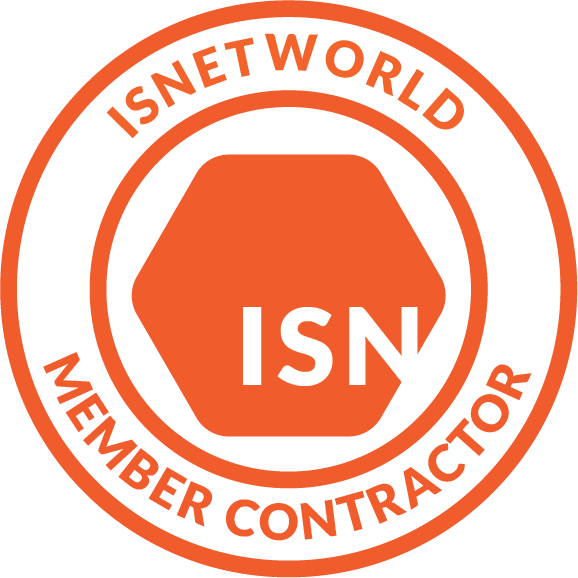